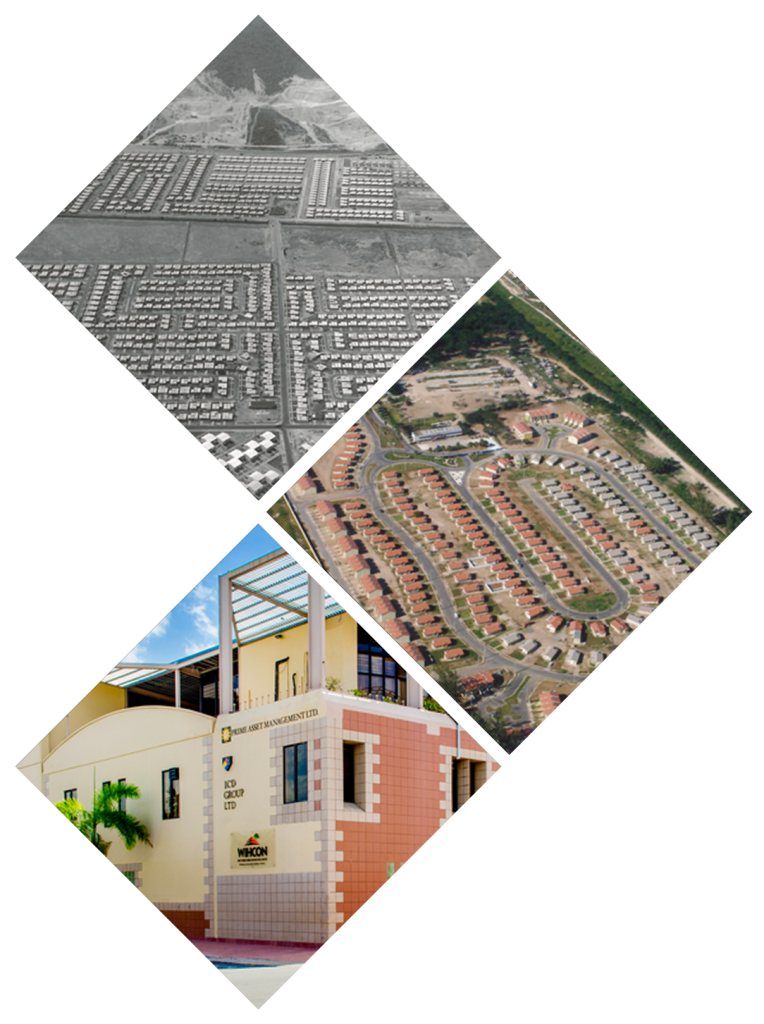 We are pioneers of innovative solutions across multiple industries through establishing and expanding more than 100 businesses.

See this deck of cards? If you take each card individually you can easily tear each one. But if the cards stay together, the deck is solid and impenetrable. If you and your brothers and sisters can stay together, the strength that you may find in that unity will be like a pack of cards. 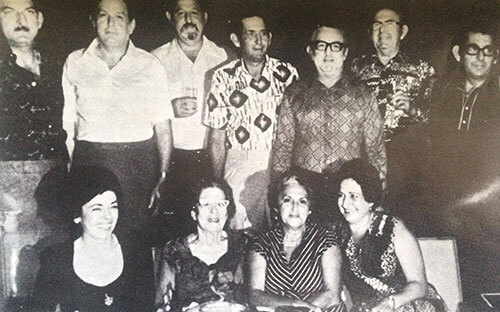 Explore who we are
Explore Our History

Focus shifts with the new generation

From 2000–2005, with Mayer’s son Joe M. Matalon, now the majority shareholder, Chairman and CEO of ICD, all of the manufacturing, trading and distribution subsidiaries were either liquidated or divested. ICD’s main interests shifted to financial services, and WIHCON had moved from large-scale, low-income housing scheme projects to smaller scale, upper-income developments.

WIHCON created a plan to build over ten thousand houses in Greater Portmore in the early 1990s. It was one of the largest development projects ever undertaken in Jamaica or the English-speaking Caribbean.

Up to the mid-1990s, between WIHCON and ICD and its subsidiaries, the Matalons were still the most significant housing developer in Jamaica; the second-largest distributor of food and the leading distributor of hardware, pharmaceuticals and other consumer products; and a chief provider of insurance, investment management and financial products and services.

In 1995 Mechala Investments became the umbrella for all the former ICD subsidiaries and WIHCON, plus Prime Life Assurance (later became Victoria Mutual Pensions Management Limited). ICD was reorganised into a Development and Construction Division, a Manufacturing and Trading Division, and a Financial Services Division. The restructuring was initially conceptualised by Mayer and his son, Joseph M., with Mayer as chairman and Joseph M. as Chief Operating Officer.

Setting sights on other Caribbean islands

In the 1980s, as WIHCON had fewer large-scale housing projects in Jamaica, Moses and Owen embarked on mass-housing projects in Trinidad, where they built 18,000 homes. While in St. Lucia, they dredged swamps and reclaimed dozens of acres of land that were later essential to the growing tourism sector. The duo also envisioned and created St. Lucia’s main seaports, marina, and a causeway linking the mainland to an old colonial fort. Moses Matalon took the lead on these projects.

Similar projects followed in St. Kitts, after which Moses and Owen went to the Cayman Islands and embarked on the Safe Haven project, a massive golf course development.

Branching out into the Investments and Finance Sector

The Matalons founded the Industrial Finance Corporation in 1986 in a joint venture with the Bank of Nova Scotia.

The Matalons founded  Sigma Investment Management, a security dealership, in 1989.

ICD continues to innovate and dominate

Mayer Matalon suggested the idea of the National Housing Trust to Michael Manley in 1974.

It was a hallmark initiative to assist more Jamaicans to own homes through low-cost mortgages.

Matalons Launch The First Management School On The Island

The Institute of Management and Production (IMP) was launched in 1976 by ICD, offering management training to people beyond ICD’s own employees. This was the first educational institution of its kind in Jamaica, and predated the University of the West Indies’ own Department of Management Studies.

Widening horizons at home and abroad

The Matalons acquired Bryden and Evelyn, one of Jamaica’s most prominent food and hardware distributors. They also developed interests in garment manufacturing, Redimix Concrete, International Insurance Brokers, and galvanised sheeting manufacturing. They even attempted to diversify into exports with their perfume and toilet water line manufactured by Benjamin’s.

By 1977, The ICD Group of Companies had 28 subsidiaries. Foreign investors in ICD included the Commonwealth Development Corporation and Japan’s Mitsubishi. 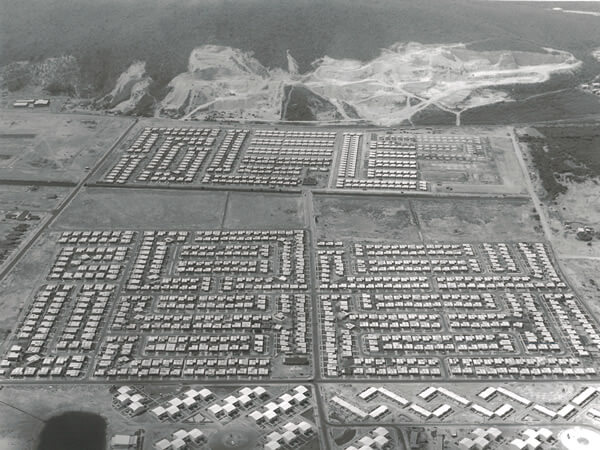 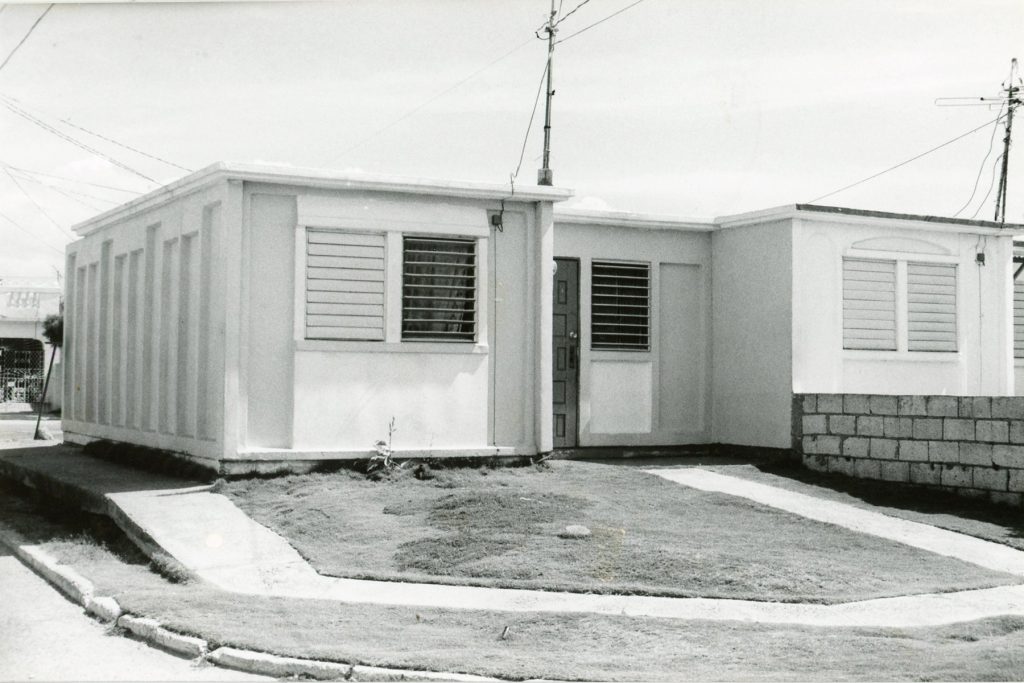 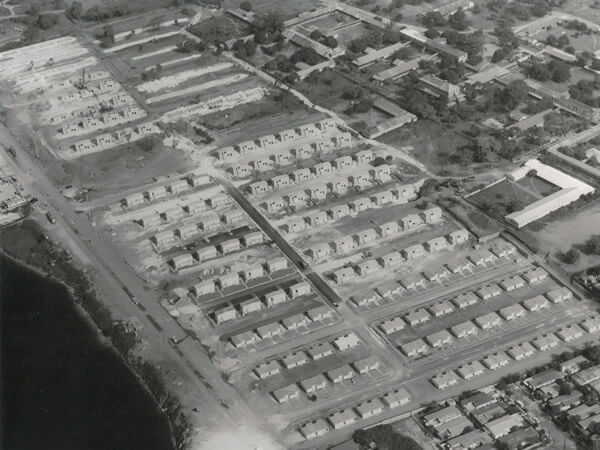 The Birth of ICD

In 1962, Industrial Commercial Developments (ICD) was formed to house what was becoming a conglomerate.

ICD cements status as the trailblazer of construction

Construction & Dredging (C&D) was added to ICD in 1962 through joint ownership with Construction Aggregates of Chicago, which provided expertise and other technical assistance. C&D initiated dredging projects to meet the local needs for channel dredging, land reclamation, beach development, port construction and infrastructure.

In 1966 the Matalons, led by Moses, approached the government with a plan to build a causeway (a road connecting two points across a broad expanse of water or wetland) across the Kingston Harbour, to develop two thousand acres of swampland as a new residential area near Port Henderson, in Kingston’s neighbouring parish of St. Catherine. The proposal to build a causeway and drain the swamps was groundbreaking. Through two new companies, Construction and Dredging and Foreshore Development Company, the Matalons created a deep-water port in the Kingston Harbour. This project allowed them to reclaim a part of the Kingston shoreline to create Newport East and West, which became modern port facilities accommodating large ships. These innovations were crucial for Jamaica’s positioning as a major trans-shipment port. These innovations were key to Jamaica’s positioning as a major trans-shipment port.

In 1969, WIHCON built Independence City, the first large housing scheme in Portmore, comprising more than a thousand two- and three-bedroom houses. The building of this scheme marked the beginning of Kingston’s expansion into Portmore, arguably one of the most significant urban developments in Jamaica since independence.

ICD becomes the one-stop-shop for everything home-related

They also ventured outside of Jamaica, purchasing 47.5 per cent ownership of ANSA Industries, a refrigerator and cooker manufacturing plant in Trinidad.

In 1967 ICD acquired Conditionedair and Associated Contractors (CAC), a commercial air conditioning business. By the end of 1969, ICD had gained interest in or started ten more new companies in Jamaica. On acquiring Cecil B. Facey, the family merged it with their agency and distribution businesses in food and hardware, creating Facey Commodity. The Group acquired Brooks’ Shoppers Fair and Town & Country Stores, which ultimately became Universal Stores Limited, operators of the Shoppers Fair supermarket chain.

Business expansion continues with the purchase of 7-9 Harbour Street headquarters.

By 1954 the company had outgrown its 88 Orange Street premises, and the owners purchased a building at the corner of Harbour Street and Fleet Street to house the operations.

A critical juncture came with the family’s venture into mass housing in 1956 when they created West Indies Home Contractors (WIHCON). WIHCON was the first to construct a housing development on the island. The result was Mona Heights: 716 three-bedroom, two-bathroom houses, targeted at civil servants, teachers and professionals who otherwise would have had little if any opportunity to own a new home. 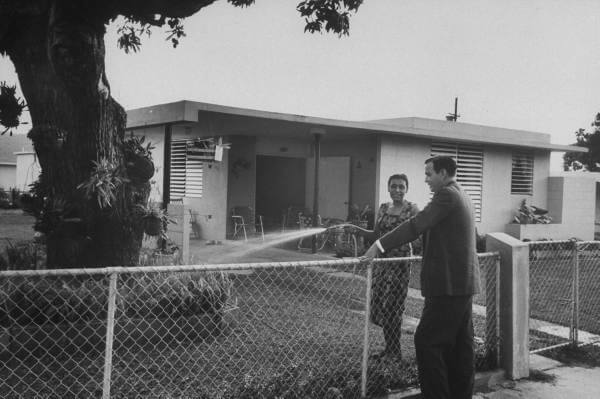 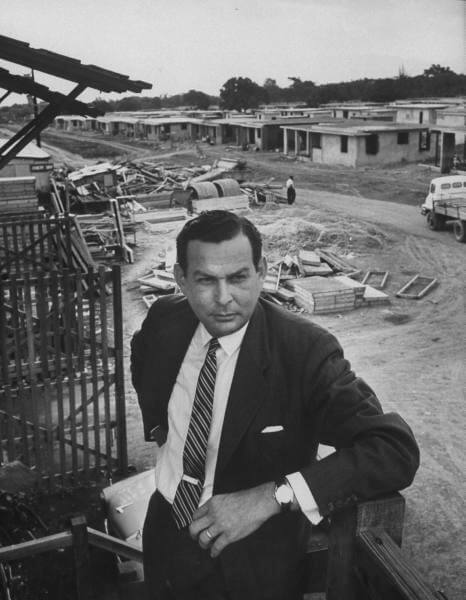 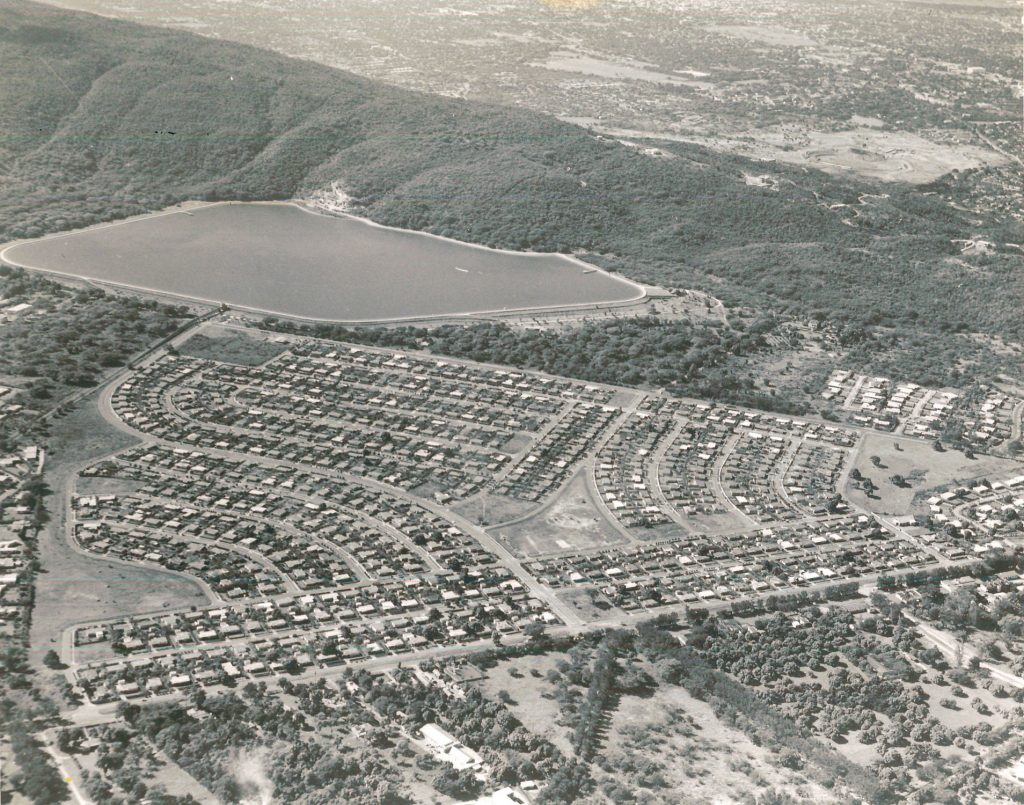 A New Era sees the siblings starting businesses together.

Aaron took over Matalon and Company after his father died unexpectedly in 1944.

Mayer returned to Jamaica in 1945 after working in Panama and established a tyre retreading business in Penso’s Garage on Orange Street. Rationing motor vehicles and supplies and retreading tyres were in high demand.

The Matalons introduce the modern pharmacy concept to Jamaica

They also established Pharmaceutical Services on Laws Street, creating the first modern drug distributorship and the first modern pharmacy in Jamaica. As the pharmaceutical business grew and deepened, they started a new company, Comserv Pharmacies Ltd., and opened the trailblazing Oxford and York pharmacies. These pharmacies sold drugs and had a US-style soda fountain where patrons could sit at a counter and order hamburgers and milkshakes. This concept was completely foreign in Jamaica but was popular with the middle and upper classes.

Commodity Services Company became the first distributor of packaged rice in Jamaica, packaging and distributing rice from Guyana. With rice and cocoa, the Matalons introduced prepackaged food items to the market.

The Foundation for a family business is laid by the Matalons’ patriarch.

After years of working with and for other businesses, Joseph decides to expand his business and names it Matalon and Company. He hires his son Aaron to work at his Orange Street shop. 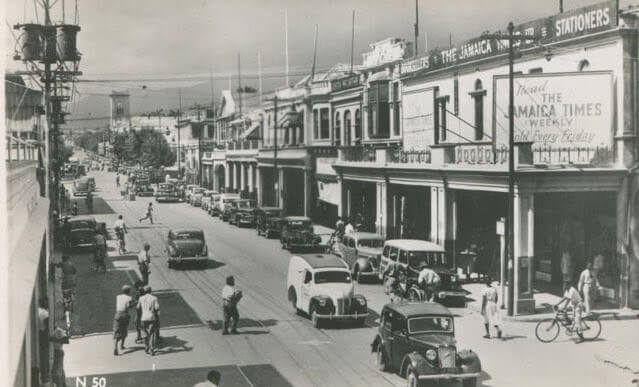 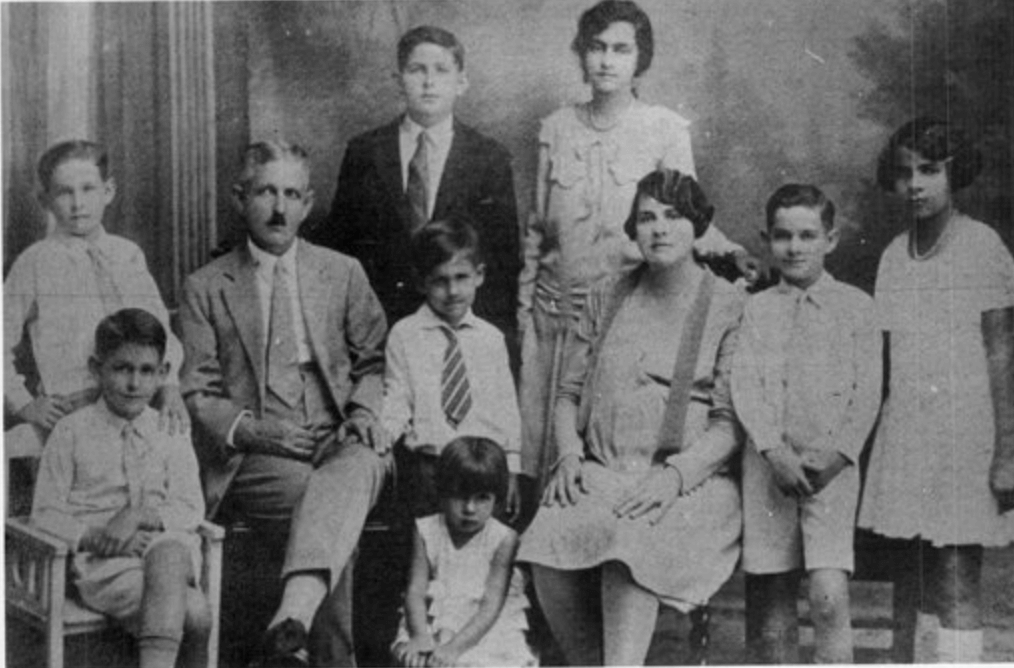 Joseph Matalon arrived in Jamaica in 1910 after leaving his home in Damascus, Syria. He started working with his brother Moses in the dry goods trade.

We use cookies on our website to give you the most relevant experience by remembering your preferences and repeat visits. By clicking “Accept All”, you consent to the use of ALL the cookies. However, you may visit "Cookie Settings" to provide a controlled consent.
Cookie SettingsAccept All
Manage consent

This website uses cookies to improve your experience while you navigate through the website. Out of these, the cookies that are categorized as necessary are stored on your browser as they are essential for the working of basic functionalities of the website. We also use third-party cookies that help us analyze and understand how you use this website. These cookies will be stored in your browser only with your consent. You also have the option to opt-out of these cookies. But opting out of some of these cookies may affect your browsing experience.
Necessary Always Enabled
Necessary cookies are absolutely essential for the website to function properly. These cookies ensure basic functionalities and security features of the website, anonymously.
Functional
Functional cookies help to perform certain functionalities like sharing the content of the website on social media platforms, collect feedbacks, and other third-party features.
Performance
Performance cookies are used to understand and analyze the key performance indexes of the website which helps in delivering a better user experience for the visitors.
Analytics
Analytical cookies are used to understand how visitors interact with the website. These cookies help provide information on metrics the number of visitors, bounce rate, traffic source, etc.
Advertisement
Advertisement cookies are used to provide visitors with relevant ads and marketing campaigns. These cookies track visitors across websites and collect information to provide customized ads.
Others
Other uncategorized cookies are those that are being analyzed and have not been classified into a category as yet.
SAVE & ACCEPT
Powered by